With the Valentine’s rush at work over, I have a minute to share the stories I had published during the great pause of 2020.

My very short story, Waking From the Longest Sleep, was published in the December issue of Dwelling Literary. In it, a depressed Auggie gets a mysterious missive that might save her from a holiday alone on the couch.

Perhaps my most experimental story, Weeding The Experiential Archives lets you take a peek inside the weeding process at an unusual future library. It was shared by Quilliad, a smaller magazine full of big ideas.

I’ve had a few more stories accepted recently, so if you dig my prose garden, there’s more sprouts coming soon! I’ll keep you posted. And you can always read find my short stories gathered here.

It can be hard to describe a writer’s vibe, especially one as inventive as Jennifer Hudak. The closest I can get is that her work is the spec. fic. equivalent of elevated comfort food. You feel at home as soon as you enter the worlds she builds, but there’s alway an unexpected flavour to surprise the palate. Even her unsettling stories leave you craving another serving. You can find most of her work here, on her website.

Welp, it’s been a few months since I’ve updated my website. Working retail—while disabled, middle aged, and mentally ill—means that November and December are the pit into which all my energy falls. During those months, I pause my writing by necessity. While this is tough (and sometimes makes me blue) it also gives me a chance to refill my creative coffers, rethink my output, and allow my fields of inspiration to lie fallow for a season.

In the meantime, I’ve had a few publications come out. I will be posting them for you as I catch up.

To start with, I’m really pleased to be contributing to the Spoonie Authors Network, sharing some of my thoughts about writing while managing spoons. My first piece, Writing Through the Depressive Lens, talks about the gradual process of embracing rather than fighting the way my neurodiversity informs my writing. The second, How to Zoom While Neurodivergent: So Not a Guide, examines how expected behaviours in virtual spaces can read like a list of neurotypical behaviors, making Zoom meetings inaccessible for neurodiverse creatives.

If you’re a disabled creator of any ilk, you’ll probably find something useful in the articles and podcasts up at Spoonie Authors Network. There’s also a weekly Twitter meet-up! It’s a fantastic resource and I’m chuffed to be a part of it.

While hanging out on Spoonie Twitter™, I heard about an anthology called Nothing Without Us that features short stories by disabled writers, including pieces by other Spoonie Author Network contributors. This collection is especially good for those days when your brain just can’t handle the commitment of a novel. From helper golems to talking canes to the trials of performing disability for cash in a near-future dystopia, the stories run the gamut of genres, styles and perspectives. Truly, one of my favourite books.

Thanks to Taco Bell Quarterly for offering me my second nomination for the Best Of The Net for poetry.

For the first time, I’ve dedicated most of my efforts not just to creating, but to trying to share what I create. That part has always been the wrench for me.

About two years ago, I left my job. When I say I left my job, what I mean is that I got onto a bus, rode it to the subway station, got out and stood on the platform

My body rebelled. I full-on froze. My mouth tasted like I was chewing tinfoil. My heart was a wind-up toy from the flea market let loose under my ribs. I called HR and told them I couldn’t do it. I quit.

You don’t need to know the details of what happened at my job to spin me out. It was an echo of a recurring trauma, played out like a house of mirrors and it triggered my flight or flight. (And I’ve never had fight. Not ever.)

I left. I got a part time job to help with the bills and started sending words out.

I live in a neurodiverse bubble that makes enjoying my own accomplishments complicated — even impossible. I’m sharing my nominations because I want them to stay in my brain. I want them to imprint as deeply as the bad stuff. I want to remember how I felt when I heard. How my body reacted. What my mouth tasted like. What my heart did.

Celestial Echo Press/Gemini Wordsmiths‘ first collection, The Twofer Compendium, is now available for purchase. It features 36 short stories on the theme of twins, including my tale, The Tyndarids.

What are folks saying about it? Nice stuff!

“The Twofer Compendium is a robust twin anthology, a creative montage of voice and style with no two stories the same. It’ll keep you page turning all night.” – Daniel Arthur Smith, USA Today Best-selling author

That IS nice! Well, I’m sold. I’ve clearly got no ulterior motive on this one.

In some-but-not-all seriousness, it’s a fun book and you can’t go wrong at a dime a story! I’ll post as soon as the physical book is available for those who still like to hold pages in hand. 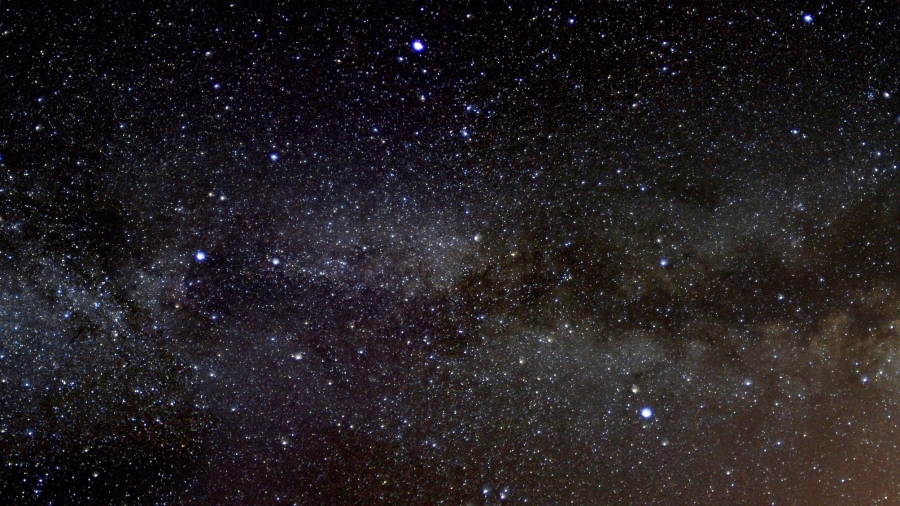 “Good morning.” I wave to my neighbour, a man who does not seem to have a job – or perhaps he just works as I do. Part time. Slip shod. Between depressions and times when my brain runs tickety-tock smooth.

He makes the inhale face that real smokers have mastered. It says that, despite what we have learned, smokers are cooler than the rest of us. He nods. He does not talk very often, just glimpses over the fence as we garden, or half smiles when his son plays.

“Morning.” He mutters, shifting the cigarette in his mouth.

“It’s a nice day.” I say, and it is. It is March and it is atypically temperate. Blue crocuses spot neighbourhood lawns, defying the nightly chill.

“Too nice. I guess this is the beginning of the end.” He says without humour.

I can feel my heartbeat in my neck. I try to count the beats to calm myself as I keep walking, now reduced to my own silent, nodded reply.

The beginning of the end. Did I bring my medication with me today? The little, white, powdery pill that dissolves on the tongue like old Popeye cigarettes and takes the panic with it?

I want the calm or, at very least, the numbing. I know if I think too long, if I linger on our warming planet and our disappearing resources, I will lose myself, maybe for weeks or months.

I pull the pill out of a small plastic container that is always in my bag and slide it under my tongue. I know that in fifteen minutes, the panic will start to fade and I will be able to work my job. I will be able to watch the children and smile and play and give no sign that I am imagining the end of the world while I prepare cheese and crackers.

The end of the world is not new to me.

I first met it in church, between choruses of hallelujah and bible verses memorized for pencils or candy. My earliest memories involve the end; films, humming through ancient projectors, showing flames and death, dragons and monsters, chasing us because we did not love god properly. The only way to avoid the end was to escape to somewhere else, up in the sky. A heaven that was perfect and sinless. A place that our human mistakes could not destroy.

When I would run childhood fevers, I would hallucinate the end so vividly that I would scream and wake my sisters.

Then I lost my mind and the doctors pondered whether it had been broken all along or whether it had collapsed under all the thoughts that I could not exorcize. They gave me the little white pill, smaller than a sunflower seed. It ate away the edges until I could be cynical, rather than terrified.

I went to protests. I beat on empty oil drums and took pictures of girls with flowers in their hair. I met a boy and smiled sometimes and imagined a future of gardens and kisses and essays and babies. I saw only beginnings and pretended it was not following me.

Some men from England drilled a hole in the ocean floor.

“This may be the one.” Said my good friend. “If they kill all the fish, we have maybe a year. It’s the beginning of the end.”

He kept driving, using one hand to sip the gift I had brought him: soda pop in a glass bottle. He seemed oddly pleased that they were so very obtuse; pretending it could not happen. Perhaps, like me, the end had followed him and it was a relief to stop running.

He was still the person I had know for a decade, but suddenly I could not breathe the air. Suddenly there were not enough little white pills in the whole world.

We have started looking up, they say on the news (even Mr. Hawking says it.) Looking for other planets. Other places to make a home. Somewhere else, up in the sky. A heaven that will be perfect and sinless. A place that our human mistakes will not destroy. We have given up on earth.

To try to save it would require us to change and we do not change.

I try to change. I do yoga. I read books with happy endings. I distract myself with friends whose questions I do not answer. How are you? What’s new?

I am afraid of the dark, I do not say. I am afraid to close my eyes. I cannot shake the ideas. I cannot sheep-count them away. I save the pill for bedtime so that I do not remember my dream-filled sleep with its earthquakes and fires and buildings falling in.

I do not read the news, though it follows me. Headlines discarded on bus seats, radios tuned and turned up loud, click-throughs on Facebook feeds. Do you want to be ignorant? I ask myself. Oh god yes, I answer.

I do not want to live in interesting times.

This work is licensed under a Creative Commons Attribution-NonCommercial-ShareAlike 4.0 International License.

I’m excited to announce (who isn’t excited when they announce things, really?) that one of my short non-fiction pieces will soon appear in Stonecrop Review. It is a journal with a focus on urban nature. I will post a link when the issue is published. Yay nature! Yay cities! Generally yay to all the things!

My new flash fiction short story, Seeking Same, is up on Apparition Lit. Written with an eye to passing the Topside Test, this story is about non-binary love, computer dating, and the ways we find ourselves in, with, and reflected by others.

This website will serve as a home for all the bits of me that have been scattered everywhere. Most of these bits are written, some are presented, a few are sung or performed.

Web me isn’t real me, of course. Web me is the curated me that I elect to share, hiding all the parts I don’t. That’s the nature of this medium. Enjoy my curated self. Or don’t. I’m not particular.